Whether it’s for watching videos on a streaming service, downloading the newly released console game, or connecting one of your 12 household devices to the Wi-Fi, we need fast internet.

And this demand for faster internet and higher quantities of downloads is only ever increasing. To make the matter more complicated, Australia isn’t performing that well when it comes to providing fast internet. In fact, Australia ranks 59th in the world for internet broadband rankings.

We want to keep up with the rest of the world, but have you wondered what speeds you should be getting in 2019, and how fast is necessary to run your favourite streaming services? Before we go into this, let’s learn a bit more about internet speeds and how you can find out yours.

How to check your speeds

Whether you are a resident on a plan, or a building owner/developer looking at providing fast internet to your residents, there are two questions to ask:

For question 1, you may need to check with your provider to find out; the higher the capacity, the less likely speeds will fall short in the building. A good way to check your internet speeds at any time by using an online internet speed test such as fast.com (owned by Netflix), providing you with a measurement for both the download and upload speeds.

Slow internet speeds can be frustrating, but if you’re pulling your hair out waiting for things to buffer, you’re not alone. According to the Australian Competition & Consumer Commission (ACCC), the majority of Aussies are on speeds of 24Mbps or less.

The Internet Activity Report from the Consumer Watchdog from December last year found that only 5 per cent of the 39.9 million services in operation (SIO’s) reached 100Mbps or more. Sixty-one per cent of broadband connections had download speeds classed in the lowest category.

The Report also found that a quarter of consumers accessed speeds of between 24Mbps and 50Mbps, while eight per cent had a range of 50Mbps to 100Mbps. Many users just aren’t receiving the speeds they demand.

So what do these speeds mean for you, and are they fast enough to watch your favourite TV shows and movies? The following table gives a comparison between video streaming services in Australia and the network speeds required to run different video qualities:

If you are unlucky to fall into that lower speed category, it’s not all dire! You may be able to get by watching your videos with speeds less than 24 Mbps. For instance, a connection of only 5 Mbps can be enough to stream videos in HD on Netflix. But that is dependent on the number of devices using the network, other downloads taking place and time of day (where the evening can be the most congested time on many providers).

For those with multiple users in an apartment, this can require internet speeds of at least 60 Mbps! The takeaway here is that faster speeds are needed to meet the rising demand for data and speed.

Although you may be able to stream with slower speeds, you may not be able to receive the highest quality out of your videos. With other high quantity download sources such as gaming console downloads, multiple devices connecting at once, and more people using the network in a unit, the speeds may slow down.

To avoid this, find a network that has the capacity to meet the needs of your data demands. For instance, VostroNet deploys a 10Gbps fibre connection to each building it deploys to, offering FTTP for residential units and installing a high-speed wireless mesh to hotel lots, student accommodation and building common areas.

VostroNet’s future-proof network provides users with speeds of up to 1000 Mbps even in the peak hour times.

Click here to find out more about VostroNet’s high-speed solution and about our network. 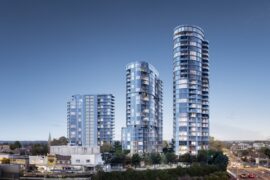 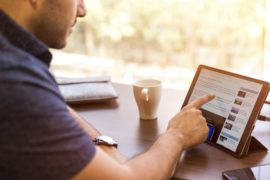 Embedded Network Internet: What you need to know 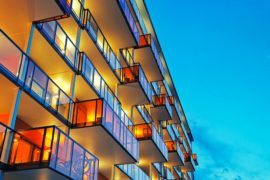 A mixed-use internet for community-driven precincts